Luxury rental town houses in the heart of Cómpeta

You will enjoy a great day out at Lake Vinuela and the white villages.  The ‘pueblos blancos’ around the lake typify Spanish life and all make for a great day trip from the houses. Lake Viñuela is a man-made reservoir which provides fresh water to many homes in the eastern Costa del Sol and now is a striking addition to the landscape.  It is responsible for irrigating 2700 hectares of land, feeding water to crops such as mango and avocado which otherwise would not thrive.  In 1981, work commenced on this huge project which at full capacity holds 170 million cubic litre’s of water and covers 700 hectares of land.

Currently there are very difficult times in the area with the distinct lack of rainfall.  Great for holiday makers but not so for the agri-food sector which is important to the area generating employment and sustainability.

Prior to its creation there were approximately 14 archeological excavations in the area.  These evidenced Roman settlements and even confirmed activity from the Neolithic ages some 12,000 years ago. Finds included the remains of wattle and daub huts, many stone tools, a smelting furnace and pottery.

The lake was formed by building a dam across the Guaro River at La Viñuela.  La Viñuela itself developed through the 18th century, being a popular route for travellers between the coastal region and Granada. It centred around a building known as La Venta la Viña, which provided sustenance for weary travellers selling the sweet wines grown in the local area. Even now, the Inn is still a focal part of the village with locals gathering to play dominos. Inhabitants of La Viñuela are called Viñoleros

The village is also well known for raisins and each September a festival is held in La Viñuela.  Called the Festival de la Pasa, it celebrates the annual wine harvest, but this is just one of many festivals they celebrate!

There are plenty of points of interest in the pueblo including the 16th Century church of San José, with its stunning sculpture of Pieta.  The Chapel of Our Lady of Sorrows, The Miraculous Chapel and the Atalaya Tower.

Activities at the lake?

The lake has plenty of activities to keep all ages entertained.  Bird watching is a popular past time in the area, with the surrounding pine trees providing the perfect habitat for many species of bird.  Consequently, you are likely to hear a lot of chatter on your visit as they flit backwards and forwards through the pine trees.  There are many insect species too, so keep an eye out as some can be simply stunning. Around the lake are small beaches allowing non-motorised water sports or swimming in the area.  There are activity centres which offer rental of kayaks, pedalos, pedalos with slides, paddle boarding and even sailing tuition on dinghies. Our friends at Aqua Vinuela offer a full range of activities which also includes mountain bike hire if you would prefer to explore from the land. Take a look at their website https://aquavinuela-sports.com or find them on Facebook.

Eating in the area

To the South end of the lake is a beautiful picnic area, with BBQ tables and BBQ’s all facing the glorious lake.

If you want someone to do the cooking for you and as a treat, then we recommend a visit to the beautiful Hotel La Vinuela.  A boutique hotel and spa overlooking the lake.  They specialise in Mediterranean, Andalusian and International cuisine as well as accommodating all dietary requirements, so there is bound to be something for everyone. Especially as they offer both a snack and restaurant menu.

If you want something a little more rustic, then head into La Viñuela Pueblo and enjoy traditional tapas.  Cold soups are popular and believe it or not, tasty and refreshing. Gazpacho is tomato based and Ajoblanco con uvas is garlic soup with grapes, we recommend you try these dishes as you will be pleasantly surprised.  You will also find a lot of game dishes, along with cold meats and cheeses all sourced locally. Vegetarian options include Migas with orange and pomegranate and Potaje, vegetables and lentils.

Oh and of course, do try the local sweet wine!

Lake Vinuela is located in the Axarquia, in Andalucia in the Malaga province of Southern Spain.  It’s approximately 19kms from Torre del Mar on the coast. You will find it about 45 minutes from the Competa Escapes houses and whichever route you will take it will provide a scenic drive with an outstanding landscape.

It is possible to circle around the lake in either direction and you will find many pretty white villages.  Stopping by will enhance your visit so it is worth taking the time to add some to your day out. If you head North East, you will find these pueblos which are all worth a visit in their own right.

Sitting in the foothills of the Sierra Nevada.  With Moorish heritage this town is part of the Mudejar route. There is also the newly renovated El Saltillo walk.  This though would require a day out in its own right, we’ll talk about it more in a later blog.

This pretty white pueblo has no through traffic and is a traditional example of Spanish life.  Plaza Zalia has white-washed walls lined with potted plants, it’s a steep climb but worth it.  You will find the village awash with colour from the carefully tended mediterranean  flowers. Stop by to visit the restored La Fuente de los Cinco Caños a beautifully tiled fountain with 5 spouts.  Close to the pueblo are the remains of a Moorish town (Zalia) and castle.

Situated at the north end of the lake is deserving of a visit. Stop off at the Ambique Inn serving the local Aquadiente Liquor, translated in English as fire water. This liquor which is also well known in South America is made in a local distillery. The Baños de Vilo, recently restored Moorish Baths are said to have medicinal benefits from within the sulphuric waters. During Christmas of 1884, villagers suffered an earthquake, many lost their lives in what was known as the Andalusian Earthquake.

Famous for its snails served in spicy sauce and its leatherwork and crafts, will take a little longer to explore.  Here you will find one of the oldest sites in the region.  Phoenician tombs were excavated at the base of the Sierra del Rey. A visit to the mosaics at Villa de Auta, created under Roman rule is another to add to the list.

One of the highest white villages in the Axarquia (739 metres above sea level)! Comares has a Mirador (viewpoint) offering outstanding views across the whole of the Axarquia. Comares was founded by the Arabs who named it Hins-Qomarix, which means “Castle of height” and it certainly is.  Here you can take in the Arab arches, two arches most likely preserved from the medieval period.  La Tahona Bastion Castle, find the remains of the Comares castle’s wall. Dating back to the Muslim period this site was originally a huge fortress.  Look out for the La Tahoncilla Tower.

For the brave Comares has a zip line stretching 436 metres to the next village.  You will find it located next to the Via Ferrata la Fuente Gorda to the north of the village.

This is the final stop on the circuit – here still in existence is the ‘French Well’. According to legend, the soldiers who guarded the passage of the river spent the night in the houses of the place. Every morning, when they met, a member of the detachment was missing, disappearing without a trace. It is believed that the owners of a local mill threw them into the well.

Here you can and should try the ‘Baticate’, a local speciality of avocado, milk, sugar and cinnamon shake.  Also known as ‘Little Gibraltar’ or ‘Gibraltar Chico’ because, due to its history of tobacco smuggling from Gibraltar during the Spanish Civil War.  Tobacco leaves were turned into Cigarettes and they supplied cigarettes to Malaga and other Andalusian provinces.

Now you may like to find your own way and explore which is great.  However, if you like to have a guided tour then we recommend our friends at Ole Trips.

Cipriano and Maria know the Axarquia inside out and they offer a variety of trips such as their Olive Oil and Mountains route, or the Muscatel Raisin route, or the sun and wine route, the Mediterranean Route, the Mudejar and White Villages route – we could go on, but you get the idea.  These guys know everything there is to know about the area and our guests love them.

You can find out more on their website https://oletrips.es/en/home/ or find them on their Facebook page https://m.facebook.com/oletrips/.

To find out more about Competa Escapes and our houses head to our website, there you will also find many more blogs on the area https://competaescapes.com/blog/ 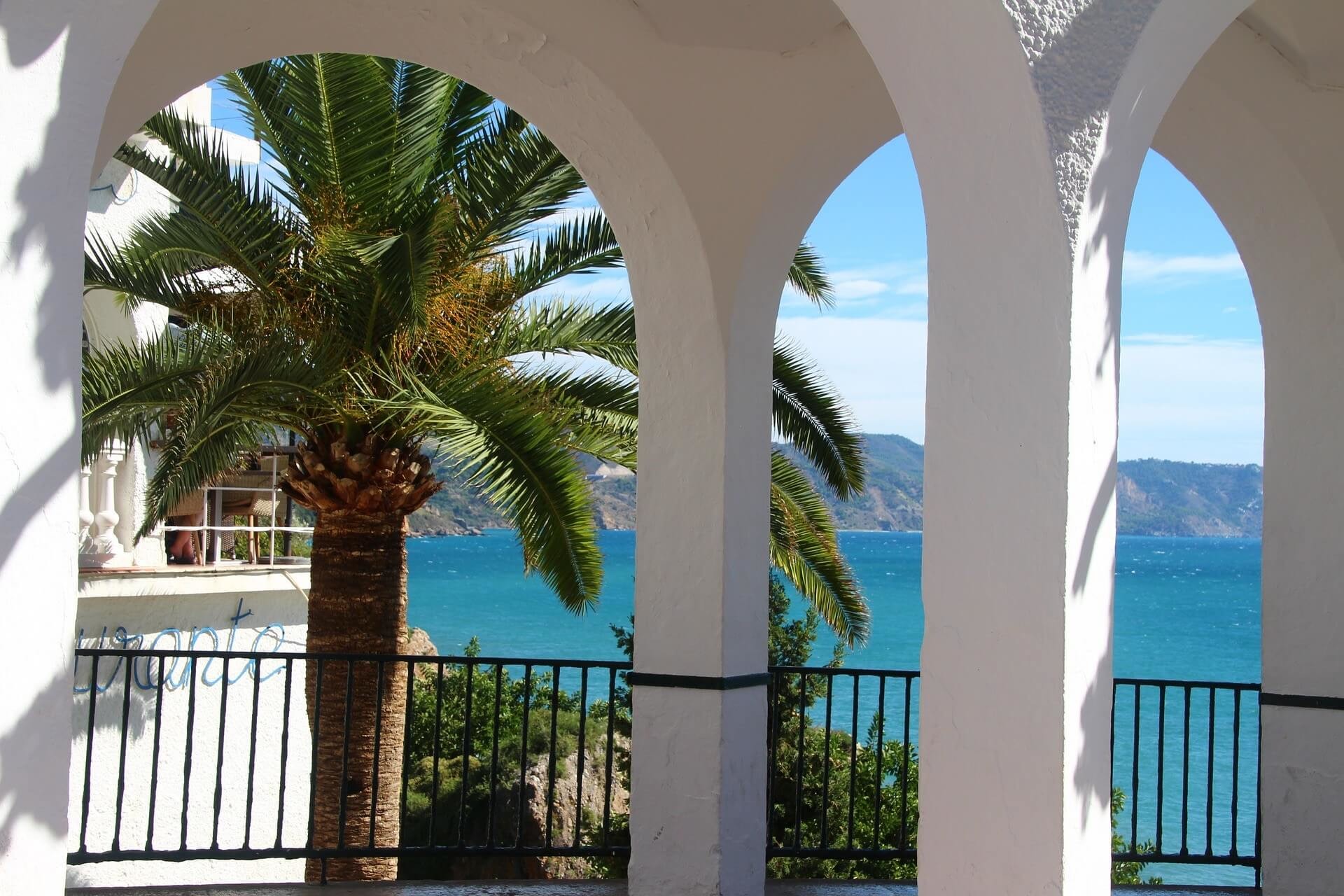 Things to do in Nerja, Spain

About Nerja Nerja is a busy tourist resort in Andalucia – known as the Jewel of the Costa. This former fishing village now has over

The Alhambra de Granada or Alhambra Palace is one of the most special day trips we have taken.  Steeped in history, with architecture and design 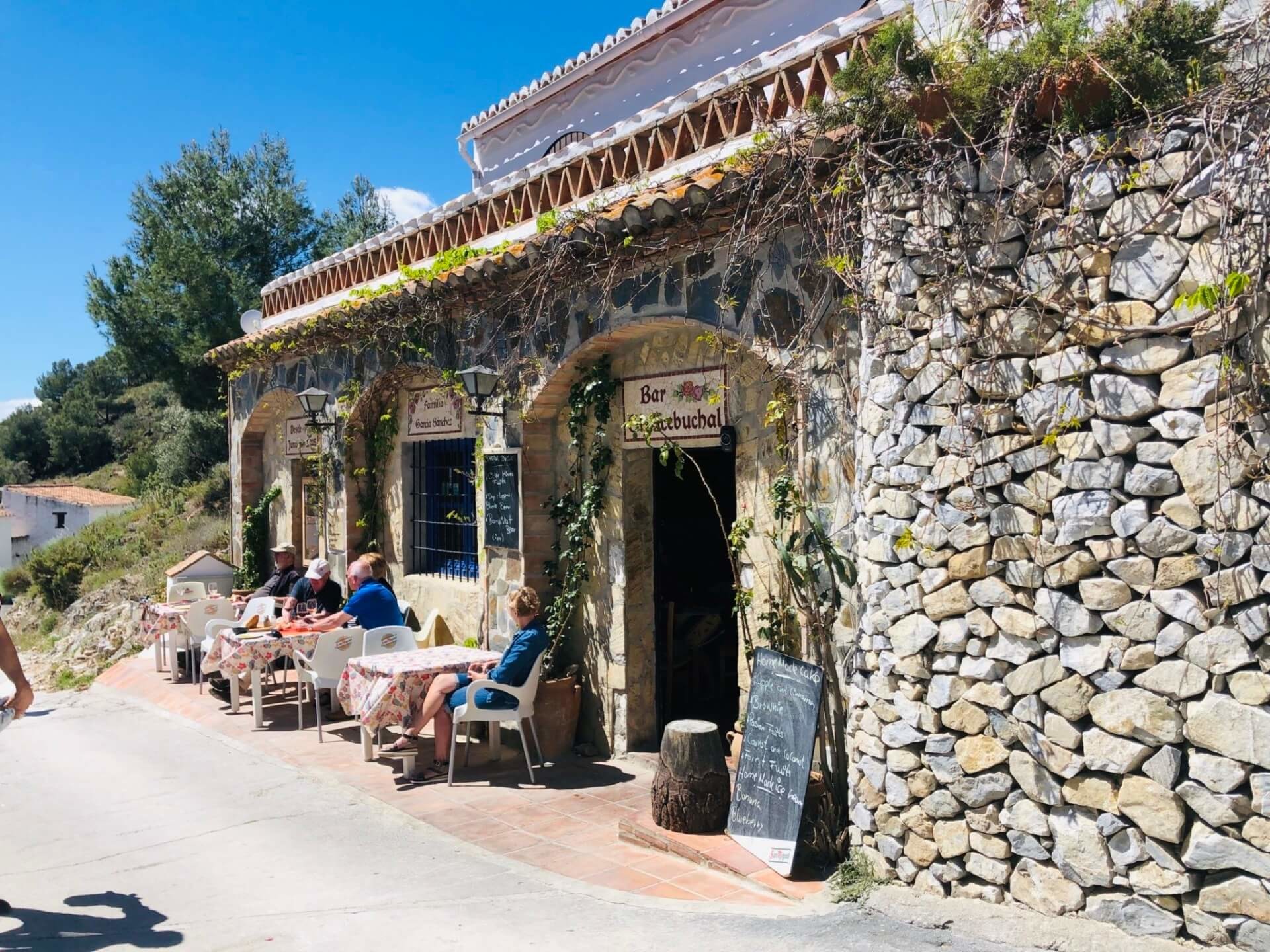 The Lost Village of Acebuchal

The Lost Village of Acebuchal is a small hamlet in the National Park of the Sierra Tejeda, Almijara and Alhama, in the Axarquia. It lies

Any cookies that may not be particularly necessary for the website to function and is used specifically to collect user personal data via analytics, ads, other embedded contents are termed as non-necessary cookies. It is mandatory to procure user consent prior to running these cookies on your website.